The UK’s Digital Tech Industry is the Capital of Europe

Tech City has recently released its TechNation 2017 report. The findings are great news and rather flattering for the UK digital sector.  As a supplier to many digital firms, Greenfield IT has seen a surge in demand and salaries. Mentioned in the report, it did surprise us just how far ahead of the rest of Europe we are.

These are the headline figures:

TechCity – “Our in-depth analysis of over 1000 economic and business data points, thousands of survey responses and interviews with tech founders, as well as insights from our community partners across the UK, shows that when we compare digital tech investment, talent and skills and collaboration opportunities of the UK compared to other European countries the results are clear and undisputed: The UK is the digital capital of Europe.” 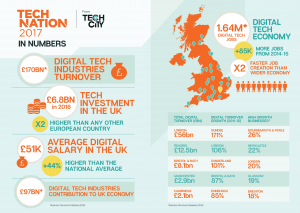 Greenfield IT Recruitment provides recruitment support for both clients and candidate roles. Helping clients define and execute their recruitment process and helping professionals with a high calibre skill set to progress within their careers. To find out more information, Contact us or visit our find our job page.

Hiring Mistakes that You Need to Avoid

What do marketers think of SEO and SEM in 2019?

Staffing Industry Analysis for IT Professionals 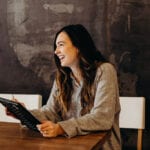