Aside from the main messages in this article about the subsequent effect of a damaged employer brand and staff engagement. I love some of the descriptions in this article, for example, ‘Mozarts not session musicians’, Genius!

Arthur C Clarke said that “any sufficiently advanced technology is indistinguishable from magic”. This may or may not be true, but what is definitely true is that computer software has magical properties. It’s pure ‘thought stuff’, a programmer has an idea they encapsulate it as a string of symbols that are then fed into an inanimate machine. The machine executes the instructions encoded in the symbols. It then obeys those instructions faithfully, unquestioningly and without tiring. Which is why being a programmer is a bit like being Napoleon – except that, unlike Bonaparte, the programmer doesn’t have to worry about victualling the troops.

As with any other line of work, there’s a spectrum of ability in programming that runs from barely competent to genius. At the top end, there are people who are not just 10 or 20 times better than the average, but a million times smarter. So to call them programmers is like calling Christian Dior a dressmaker, they are more like artists whose medium just happens to be software. One of them, Bill Atkinson; the guy who created MacPaint way back in the 1980s, once said that “the art of creating software that is usable by individuals is a communication skill. It is not a programming skill. The most exciting thing for me is when I see people amazed and pleased at the newfound power they got from a program. Where they say, ‘Wow, I can do this!’”

One of the distinctive things about the tech giants, that now mediate our online lives. Is that they not only attract top-rank computer scientists and software engineers but that this particular kind of human capital is arguably their most precious asset. This may seem a strange thing to say about corporations that have colossal physical assets in terms of technical infrastructure. But last week, the New Yorker ran a fascinating essay that vividly illustrates the point.

The article (by James Somers) focuses on a friendship between two Google programmers Jeff Dean and Sanjay Ghemawat. Who have played an outsized role in the company’s ascent to global domination. Their first contribution was in 2000 when they identified a hardware problem, which was seriously crippling its search results. It was just at that moment when the co-founders were negotiating for the contract to provide Yahoo (then a major internet company) with search-engine services.

Having located the fault, they then effectively redesigned Google’s server architecture. The company had from the outset bought cheap PCs for its server farms; good for growth, bad for reliability. Dean and Ghemawat set about making the system more fault-tolerant. “Working 90-hour weeks,” Somers writes, “they wrote code so that a single hard drive could fail without bringing down the entire system. They added checkpoints to the crawling process so that it could be re-started midstream. By developing new encoding and compression schemes, they effectively doubled the system’s capacity.”

Server farms are full of spinning hard disks. Since the outer edge of a spinning disk moves faster than the inner one, other Google engineers had moved the most frequently accessed data to the outside. This is to allow bits flow faster under the read head, but had left the inner half empty. Dean and Ghemawat used that space to store pre-processed data for common search queries. “Over four days in 2001,” writes Somers, “they proved that Google’s index could be stored using fast random-access memory instead of relatively slow hard drives; the discovery reshaped the company’s economics.”

Greenfield IT Recruitment provides recruitment support for both clients and candidate roles. Helping clients define and execute their recruitment process and helping professionals with a high calibre skill set to progress within their careers. To find out more information, Contact us or visit our find our job page.

Greenfield IT take on the Pontesbury Potter challenge

Staffing Industry Analysis for IT Professionals 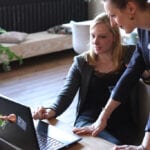 Why Hiring Managers Should be Going the Extra Mile 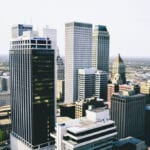