85% of public sector contractors will leave their posts if hit by HMRC’s IR35 tax avoidance legislation that comes into force in the public sector from next month, according to tax advisor Qdos Contractor.

While most commentators are concentrating on the impact on Public Sector IT programmes, we predict a ripple effect on private sector contract rates as competition for these roles increase.

Here are a couple of real examples:

So all the evidence is suggesting more contractors will be applying for the finite number of Private Sector contracts available.

Some agencies will capitalise on this scenario and play contractors off against each other as a way of increasing their margins by charging the clients the same and paying less.  More switched on clients will start to offer lower day rate budgets to test the elasticity in the market; can they get the same for less?   Either way, the average contractor day rates will suffer.

While no one will lose sleep about the odd contractor taking a pay cut, yet wouldn’t it be ironic if the HMRC IT systems fail as a result of the flexible workforce walking out.

Qdos’s survey of 2,000 UK contractors found that 95% believe public sector projects will suffer as a result of contractors downing tools and leaving, because of the reliance on outsourced skills. That would put projects like the NHS’s Windows XP mass migration at risk, as well as major IT projects in various Whitehall departments.

I do personally fear for the impact on certain public sector IT programmes.   A quarter of those surveyed fear for the NHS’s future without contractors.

(Yes you did read that correctly, 9 out of every 10 NHS trusts still use XP… Only two and a half years since Microsoft stopped supporting it). 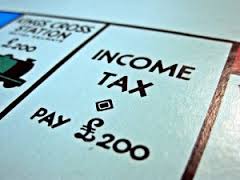 DevOps Engineer Skills – Include on Your CV

The UK’s Digital Tech Industry is the Capital of Europe